From the depths of hell comes to the casino Slot Leprechaun goes to Hell with his burning flamingos about to release many prizes for you.
Leprechaun the mischievous goblin and his Evilene suitor will cause you to further increase the temperature of the infernal bonus to receive the jackpots! In this ardent adventure find the three pots of gold with 10 free spins with a 2x multiplier.

Come to Leprechaun goes to Hell and feel the warmth of this exciting Slot!
For fun 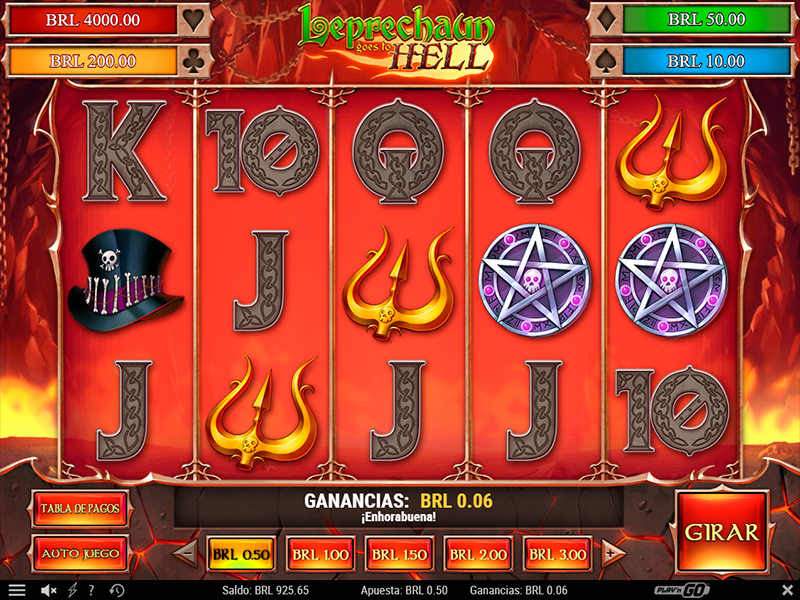 How to play Leprechaun goes to Hell

• The bonus feature turns the field of play into a 3-cylinder slots with 5 fixed pay lines.

• Your goal during the Infernal Bonus round is to increase the temperature enough to win the jackpots.
• Each win raises the temperature by a random amount, heating a thermometer with 4 levels of scorching jackpots.

• The thermometer indicates the temperature needed to win the jackpots. The warmer you get, the more jackpots you get.
• The heat increases if you place higher bets, and thus your chances of winning the maximum jackpots.
• During the main game, the Duente and the gold pot symbols may appear on all cylinders. The Evilene symbol can only appear on cylinders 2, 3 and 4.
• If only two Evilene bonus scatters appear on the cylinders and no other functionality is triggered, you receive a new free round in the last remaining center cylinder for a second chance to gain access to the rounded Infernal Bonus.