In the year 2030 the humans have made a mistake. In an effort to create a super soldier, that awful experiment has gone wrong.

That experiment has created this… beast, this evil mutant, the Catgorrila! The Catgorilla has changed the balance of power in the epic battle between cats and dogs forever. When the Catgorilla has kidnapped their queen, the dogs have uncovered their secret weapon, the Hero Generation machine. But as powerful as they are, those heroes need a leader…

Are you the hero they have been waiting for?
Wear your Super Hero costume, and spin away the Villain!
For fun 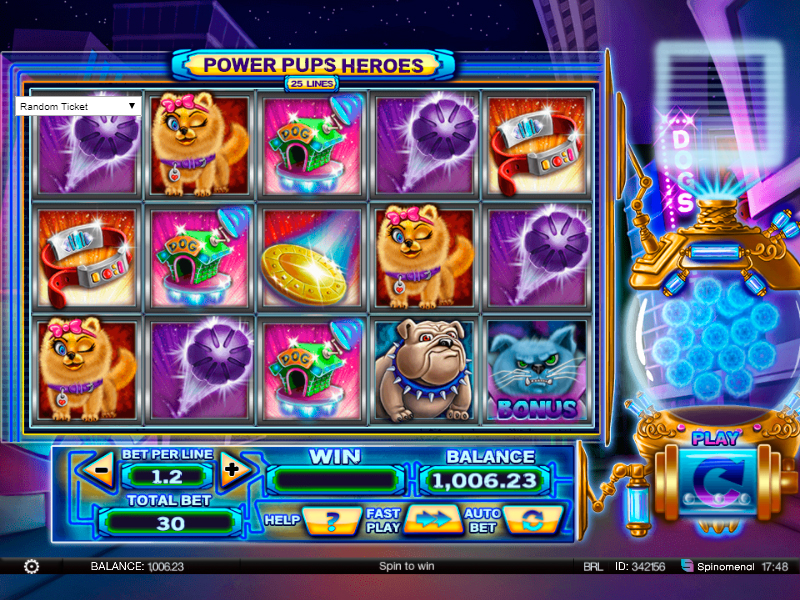 How to play Power Pups Heroes

- Click the spin button to spin the reels. Form a combination of symbols on pay lines to win.
- Payouts are made according to the paytable.

- Click the + or – buttons to choose bet per line.

- Click the autoplay button again or the pause button to stop the auto play at any time.

- Auto play mode won`t play the bonus game automatically.
- Click the fast play button or on stop button (while the reels are spinning) to make the reels stop instantly and make the outcome appear faster.

- The theoretical return to player for this game is 92.8
Prizes [Power_Pups_Heroes_prize]